We stayed at Vanuatu Beachfront Apartments at Mele beach and arranged for their tour bus to take us on a tour around Efate. We were luckily the only ones on the tour, so we got to pick where we wanted to stop and how long we stopped for. That's obviously not always going to be the case, especially in school holidays or a trip off a ship, but even with a crowd this trip is well worth doing.

The main tourist spots on Efate are a stop at a cultural village , the blue lagoon, Eton village and beach, Survivor beach, swimming with turtles at Turtle Cove , snorkeling at Hideaway Island and climbing to the top of Mele Cascades.

The roads around Port Vila are atrocious, still suffering the effects of cyclone Pam, however once you get away from the capital the road is much better with the odd detour for a bridge repair, but overall a fast and smooth trip. (2020 update .. the Government has done a fantastic job repairing the roads damaged by cyclone Pam) 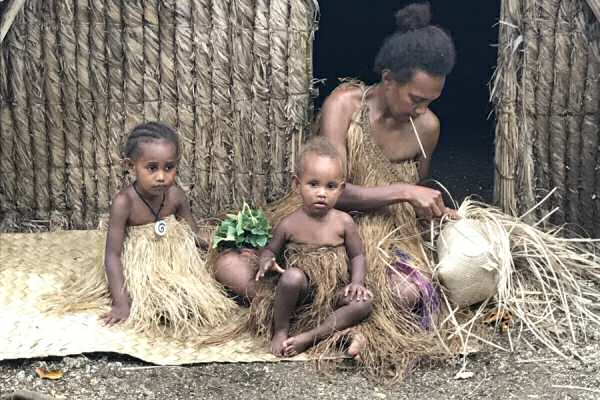 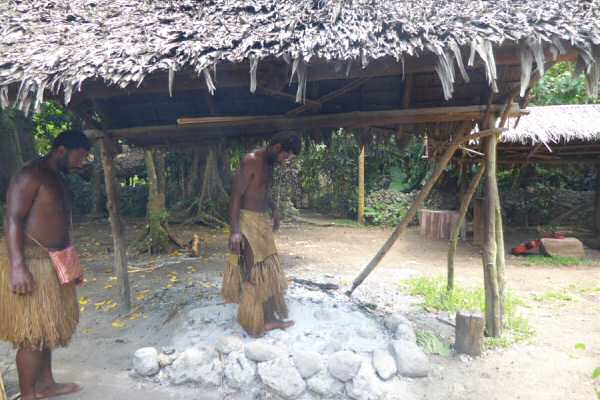 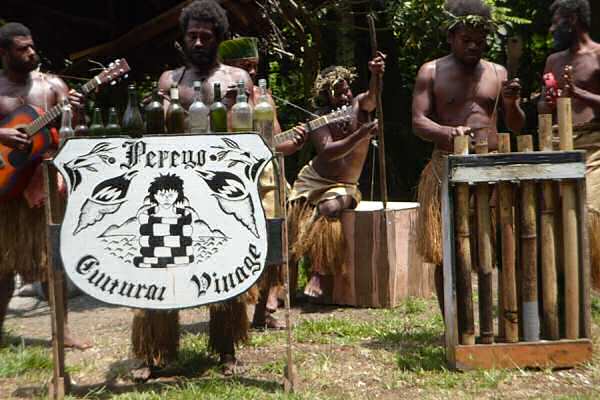 Our first stop was at a cultural village about 15 minutes from Port Vila called the Pepeyo Cultural and Educational Tour. The tour began with Vanuatu warriors greeting us by springing from the trees armed with spears - a very impressive start. You are then greeted by the village chief and led through the village by a very informative guide that fills you in on village life and how they survive by hunting, preserving food, using nature for medicinal purposes and fishing. You get to learn about the history of the people and how knowledge is passed on through generations. There is even a talk on cannibalism which was once practiced in Vanuatu. The tour culminates with a fire walking demonstration and some traditional dancing and music. You are free to take photos and videos and ask as many questions as you like throughout the tour. You need to take mozzie repellant. The tour lasts for around an hour and costs around 1000vt (12 aussie dollars) per adult, although it wasn't an entrance fee and you just pay one of the warriors on the way out. Theres also the opportunity to buy some baskets and carving at the end of the tour. One of the highlights of the day and a great start to our tour. 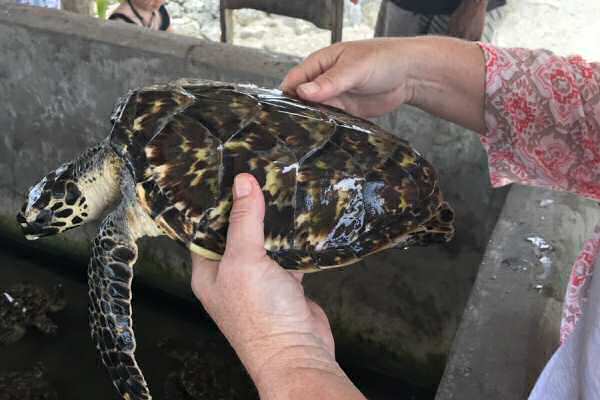 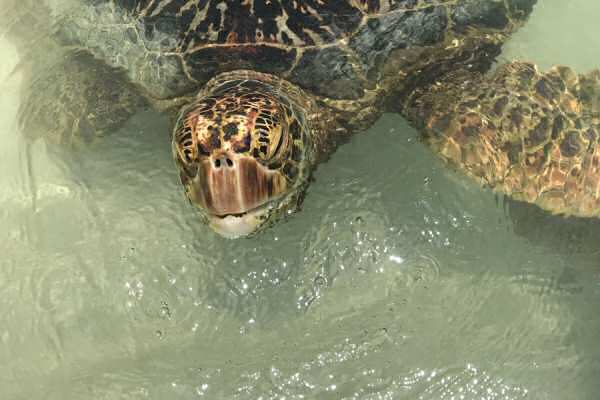 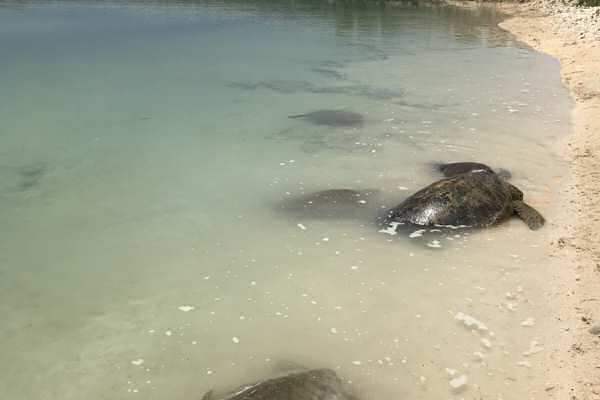 The next stop was at Turtle Cove, off the main road along a rough and unsealed road that was probably only 15 minutes but it felt like a lot longer. There are around a dozen full grown turtles in the lagoon that you can hand feed or jump in and have a swim with them. Apparently they have no teeth but can give you a bit of a nip - as long as you've got some food for them to eat they'll leave you alone. They also have a breeding program and you get to see the baby turtles and some a bit more advanced before they are released into the wild. There is also a shark enclosure with a couple of reef and bull sharks - obviously no swimming with these guys. The place seemed a bit run down and after a swim with the turtles there's nothing else to do so it's time to move on to the next stop. 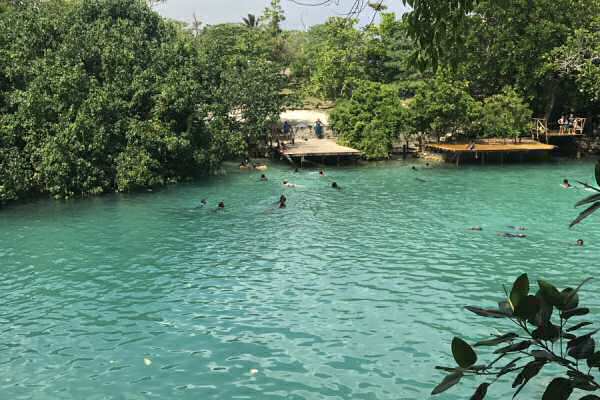 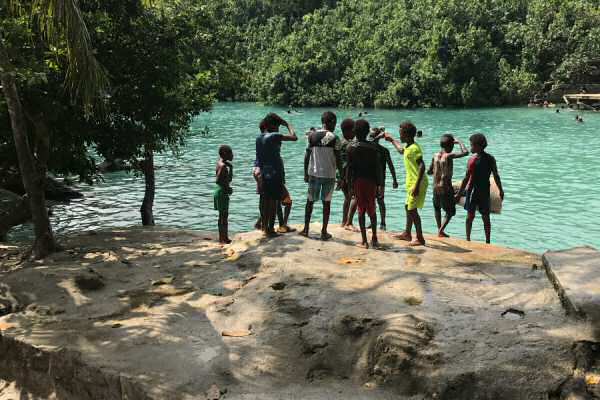 The Blue Lagoon is located not far from the village of Eton on the east coast of Efate. I don't know if we were lucky or unlucky that it was a public holiday in Vanuatu (Unity Day) - it certainly wasn't quiet - the lagoon was full of kids having a great time, swinging off ropes and diving off trees into the beautiful blue water. But there's plenty of room for everyone. The lagoon is a fresh water spring and the water is amazingly clear and very refreshing - not cold but probably cooler than the ocean water. You can swim out to where the lagoon meets the ocean - a much quieter spot when there are lots of kids around. The entrance fee is 500vt (A$6). There are picnic tables and huts available so you can bring a packed lunch and spend the day - certainly a great spot for the kids.

Next stop was the beautiful Eton Beach which 5 minutes up the road from the blue lagoon. Excellent swimming spot with a natural rock break wall that keeps the water calm. The sand on the beach is pure white and the water a beautiful aqua blue. There are picnic huts available as well as change rooms and toilet. Even if you've done enough swimming at the blue lagoon its worth a look. Again there is a small entrance fee (500vt). 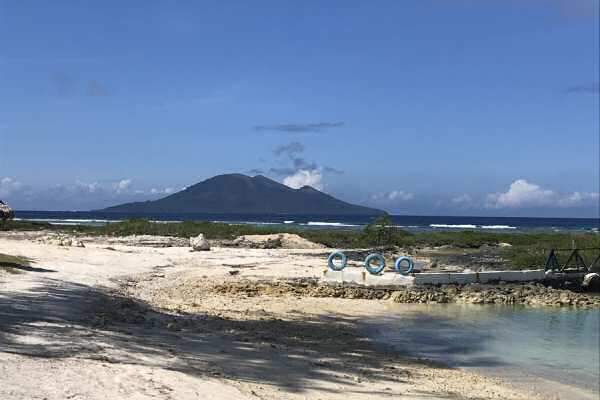 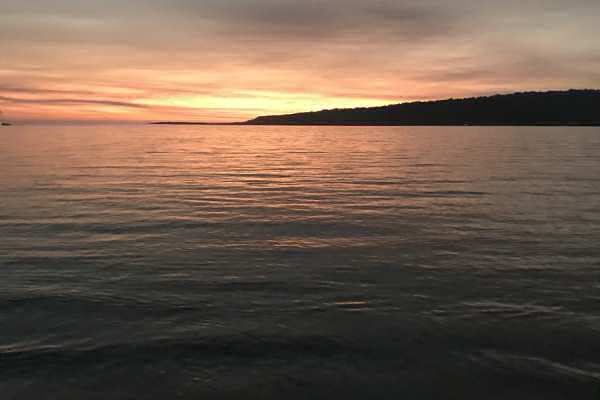 You pass through a few towns on the way around the island including Epao and Epule. For lunch we stopped at the Le Life Resort near the town of Epule. It had a bar and restaurant with a good selection of food. The resort is eco-friendly offering beachfront bungalows and Glamping tent accommodation.

Our final stop for a swim and a snorkel was the beach where the reality game show Survivor was filmed. Both the American version of the show (season 9) and the second Australian season were filmed near Mingililu and Gidgeons Landing, around 30 minutes from Port Vila. The Havannah Harbour Waterfront Bar offers a good selection of food and drinks as well as tea and coffee. The beach here is perfect for snorkeling on a protected reef that is home to turtles, many different reef fish and sea creatures.

There are plenty of different places you can visit on the way round the island- you just might not be able to fit them into one day. Consider a trip to Lololima falls , the hot springs, the WWII museum, the Chocolate factory. Also must sees are Hideaway Island and Mele Cascades but these attractions are best doing as a separate trip.

Whatever you choose to see you will have a great time. Efate is a beautiful island and you really need to spend some time away from Port Vila to appreciate it fully. A round island tour is a good option but if you have the time you can hire a car and see it at your leisure.

If you have a day to spend off a cruise ship a round island trip might be asking too much - if you want to snorkel go to Hideaway Island, for a swim the Blue Lagoon or Eton Beach are the best choices, for something cultural the Pepeyo Cultural and Educational Tour is a great choice, swim with turtles at Turtle cove, for something more energetic climb to the top of the Mele Cascades for a swim and for shopping stick to Port Vila.

Your email address will not be published. New comments will be checked before they appear.

Please fill the above required fields! 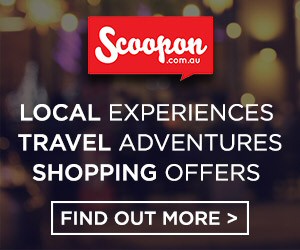